In This Article hide
What is the case with Antidepressant Drugs?
Abstinence Syndrome
What is the matter with Cymbalta?
Cymbalta Side Effects
Other Common Cymbalta Withdrawal Symptoms
Withdrawal symptoms at a glance
Planned withdrawal
Depression treatment
Long Term Use: What Do We Know?
What if you want to stop?
Treatment and Solution

What is the case with Antidepressant Drugs?

Large numbers of people use antidepressants. In recent years, so-called serotonin reuptake inhibitors have been the group of drugs most commonly used in the treatment of psychiatric disorders such as depression, anxiety, bulimia, post-traumatic stress disorder, obsessive-compulsive disorder, premenstrual, and others. Medications such as fluoxetine, paroxetine, sertraline and others are part of this group. The success of these drugs in the clinic was due in particular to the tolerability and, safety of use compared to previously used antidepressants.

Note – Symptoms of antidepressant abstinence in general are mild to moderate in intensity, and include headache, dizziness, irritability, empty headache, among others.

However, one of the most frequent problems associated with the use of these inhibitors is the onset of withdrawal syndrome when its administration is stopped abruptly. Similar phenomena may occur with other antidepressants not belonging to this group. Abstinence syndrome here is defined as a set of signs and symptoms of predictable set-up and duration, which involves psychological and organic symptoms previously absent from drug withdrawal and disappear after it has been restarted.

What is the matter with Cymbalta?

Cymbalta is the name of the generic drug duloxetine hydrochloride, prescribed to treat clinical depression. It is used to relieve diabetic peripheral neuropathy, a neurological disease that can cause pain and numbness in the feet and hands. Like some other antidepressants, Cymbalta can cause withdrawal symptoms if people suddenly stop taking it. Doctors suggest Cymbalta for pain that occurs due to neurological disorder. Based on clinical studies with Cymbalta, dizziness occurring in up to 12% of patients, was the most common sign after sudden cessation of medication. Between 2% and 6% of the participants in the study experienced nausea, vomiting, headaches and sensations such as tingling or burning were some of the signs of withdrawal from Cymbalta. Psychological symptoms also occurred in the form of irritability and nightmares.

In most people, withdrawal symptoms of Cymbalta improve without treatment. If they are severe, the individual may need to start taking the medicine again and gradually decrease – or dilute – the dosage. The doctor in charge should be part of this process.

Cymbalta’s withdrawal symptoms may take a week to appear. The symptoms usually last from three days to five weeks.

Sometimes withdrawal symptoms are signs of the return of the original disease. The person should stay in touch with their doctor and discuss the possibility of taking Cymbalta again. Withdrawal symptoms at a glance

Cymbalta withdrawal symptoms include nausea, dizziness, tingling sensation, headache, irritability, vomiting and nightmares. Not all patients who stop taking Cymbalta will experience these symptoms. Some patients experience mild withdrawal symptoms and others may experience the same, much more severe symptoms. Going back to the symptoms of depression are another possibility that you should keep in mind when you stop taking an antidepressant medication. Depression can be a serious illness with tragic consequences if it is not treated properly. The withdrawal of Cymbalta can cause a return to the symptoms of depression.

When you take Cymbalta, your doctor will reduce your dose very slowly. The reaction that each patient has to the Cymbalta withdrawal will be different. The doctor will control your symptoms and decrease according to the withdrawal symptoms you have. For some patients, it may take months to stop taking antidepressant medication, but it is important to prevent a recurrence of the symptoms of depression. Along with the withdrawal symptoms that can occur with the detoxification of Cymbalta, it is also important to consider a possible return of the symptoms of depression. Untreated depression can lead to serious and tragic results. Cymbalta dosage and, other antidepressant medications are sometimes prescribed without other treatment plans for depression in mild cases. Severe depression is treated with a combination of medications, counselling and therapy options. These treatment options can be continued without medication to control the symptoms of depression returning. The Cymbalta withdrawal is a serious consideration and should be discussed with the doctor before withdrawing the medication

Long Term Use: What Do We Know?

The remedies have in fact helped millions of people alleviate depression and anxiety, and are considered milestones in psychiatric treatment. Many people even stop using medications without significant problems. But increasing long-term use has created a growing problem of abstinence. Scientists have long hoped that some patients might experience withdrawal symptoms if they tried to stop, the so-called “discontinuation syndrome.” However, this side effect was never the focus of drug makers or government regulators, who just assumed that antidepressants were not addictive and did more harm than good.

The point is that these drugs were initially approved for short-term use, following studies that usually lasted about two months. Subsequent studies have suggested that “maintenance therapy” – long-term and often open-label medication use – could prevent the return of depression in some patients, but such studies rarely last more than two years. Even today, there are few data on the effects of these drugs on people who have used them for years, although there are already millions of users who have been taking antidepressants for a long time.

What if you want to stop?

Most physicians agree that a subset of users benefits from a lifetime prescription, but disagrees on the size of that group. In fact, the remedies are important for many patients, but they are not harmless – they commonly cause emotional numbness, sexual problems such as lack of desire or erectile dysfunction, and weight gain. Long-term users report a malaise that is difficult to measure – the daily pill leaves them doubting their own resilience. Not counting the patients who want to stop taking the drugs and cannot.

In a recent survey of 250 long-term users of psychiatric drugs, most often antidepressants, about half rated their abstinence as severe. In another study with 170 effective period users, almost half of them experienced addiction, and many criticized the lack of information regarding such symptoms before starting to take the drug. Addiction Treatment: Rehab Options for Substance Abuse

In the absence of treatment these unpleasant symptoms usually last from one to three weeks. Although mild or moderate in most cases, they can sometimes become more intense and confused with other illnesses. The likelihood of developing the described symptoms is all the greater the longer the duration of treatment. Reactions are usually associated with durations of at least four to six weeks, but may occur after shorter periods of use.

The treatment of abstinence syndrome is obvious. It is enough to restart the drug whose untimely withdrawal was responsible for it. With the restart of the treatment the symptoms begin to improve already in the first 24 hours. To avoid recurrence, daily doses should be gradually decreased over the course of four to six weeks until complete discontinuation can be safely performed.

The large number of people currently using antidepressants, should be informed that the beneficial effects of the treatment can take up to six weeks to become apparent and need to be continued for periods of six months to one year to prevent early relapses. In the case of depressive conditions occurring before the age of 20 years, in patients with multiple relapses or bipolar disorder, the treatment may require more time or even be indicated for the rest of the life. During this time it is imperative that daily doses are taken regularly, because withdrawal symptoms may occur after only two or three days of discontinuation.

Read the Cymbalta side effects and reviews to get more accurate information. 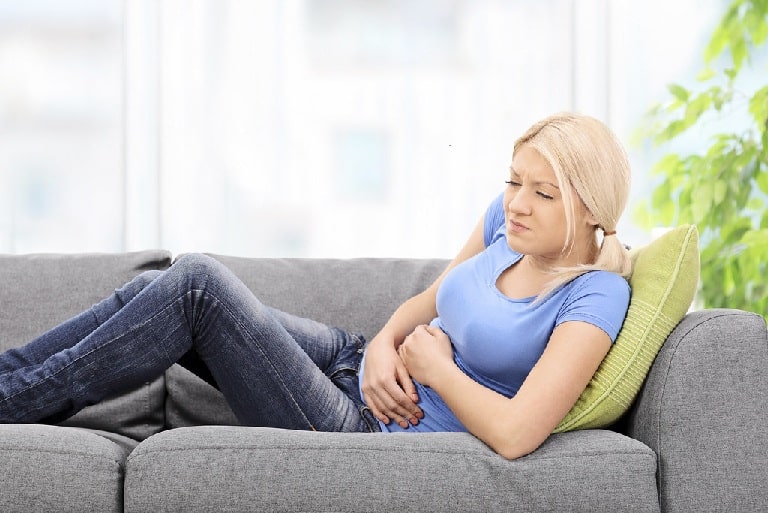 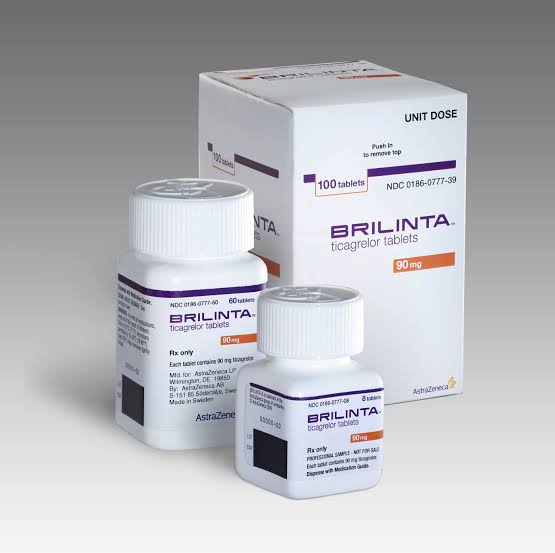 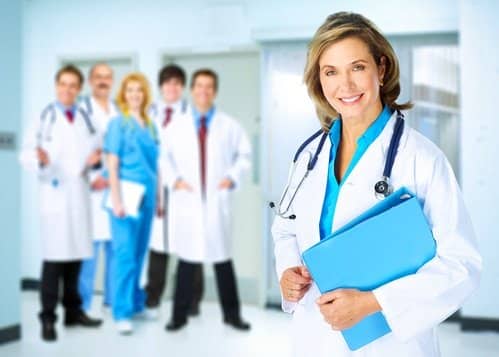 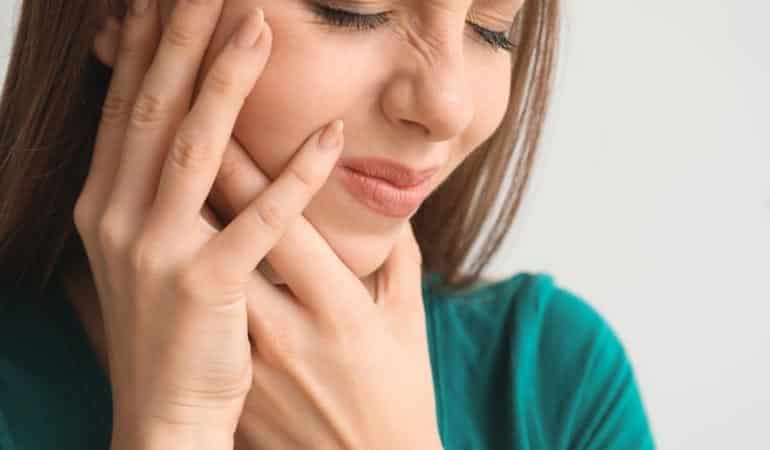