Unknown Pneumonia in Kazakhstan is deadlier than Coronavirus

2020 The year itself began with an accident that devastated the Australian jungle. Then came Corona. Now the condition is such that people are waiting for the end of this year after 6 months of the year has passed. Because of Corona, many countries of the world have turned into corpses. No vaccine has been found so far for this deadly disease, but it is hoped that it will happen soon.

But meanwhile, news of another plague came out of Mongolia in China. Now people were recovering from it that news about a disease like Unknown Pneumonia which has spread in Kazakhstan came into the headlines. China says that this disease is more dangerous than corona. People of the world have been stirred up after this revelation from China. 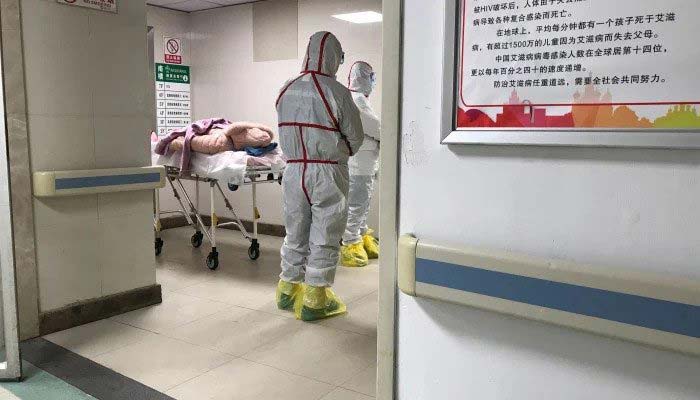 The Chinese authorities have issued a warning saying that a peculiar pneumonia-like disease has spread in Kazakhstan. The Chinese embassy present in Kazakstan has released a warning about the breakout of unknown pneumonia which is spreading across the central region of the Asian country. Also, around six hundred people have died because of this unknown pneumonia in June alone.

According to the Chinese Embassy website, many people died due to the disease in Atyrau and Aktobe province in Kazakhstan last month.

At the same time, according to the reports of the Kazakhstan Health Ministry, so far 32 thousand people have come in the grip of this disease, in which more than 450 people have died in just 7 days.

Chinese Embassy says that a total of 1772 people died of the disease in the first 6 months of the year. Of these, 628 deaths have been reported in the last month itself. Many people are said to be citizens of China.

It is not yet clear how the disease started and what is the reason for its spread? But it is growing rapidly.

China claims that it has spread many times faster than Corona and it has a very high death rate.  The Government of Kazakhstan has formed teams to find out about the disease, which is constantly monitoring it. Researchers say that nothing has been discovered so far.

Every day in Kazakhstan, currently 300 people are getting hospitalized due to this new disease. There has been an increase in these cases after June. Corona is already causing havoc in Kazakhstan. So far, more than 53 thousand people have lost their lives due to COVID-19. In such a situation, this new epidemic has become a matter of concern for the country as well as the world.

Saule Kisikova, the healthcare chief of the capital of Kazakhstan, Nur-Sultan, has said in a notice that more than three hundred people are getting infected by this unknown pneumonia-like virus daily.

10 Facts About Pain Relievers You Should Know Better

Things You Should Know About Cancer Insurance Policies

Essential Oils for Dizziness and Vertigo

Essential oils are extracted from the natural ingredients that are used in the kitchen which are the rich sources of medicinal properties. These essential...

5 Reasons to Drink from BPA Free Water Bottles Only

BPA (or bisphenol A.) is an industrial chemical introduced in the manufacturing process to make certain plastics and resins since the early 1960s. It...

Things You Must Know About Kids Dental Care As a Parent

Carpopedal Spasm: Quick Facts that You Need to Know

5 Tips For Choosing a Plastic Surgeon For Better Results